This press release was originally published by Jülich Forschungszentrum. Read it here.

Jülich, April 7th, 2022 – While nuclear weapons have again come into focus with the Ukraine war, nuclear disarmament was and is the goal for many countries. Effective verification is crucial for nuclear disarmament, but it entails a number of technical challenges. How can it be ensured that a nuclear warhead has been destroyed if inspectors cannot observe the dismantlement as such? International experts have developed procedures to address these challenges. After 2019, some of them are meeting again for a Franco-German-led exercise at Forschungszentrum Jülich to test the procedures under quasi-realistic conditions, including a simulated warhead.

Effective nuclear disarmament depends on the ability to verify that agreed commitments are actually being met. Verification, i.e. the proof that a presumed or alleged fact is true, is crucial in this regard. Under bilateral arms control agreements, only the dismantlement of nuclear weapon delivery systems has been confirmed so far. The dismantlement of a nuclear warhead, however, has not yet been verified independently.

The technical challenges for such verification are complex: the inspecting body must be sure that a nuclear warhead has actually been destroyed or rendered unusable. At the same time, the inspected nuclear weapon state does not want to reveal any militarily sensitive information. Moreover, when non-nuclear-weapon states are involved in the verification, disclosure of information about the design of a nuclear warhead constitutes a violation the Treaty on the Non-Proliferation of Nuclear Weapons.

In seeking solutions to these technical challenges, the International Partnership for Nuclear Disarmament Verification (IPNDV) was launched in late 2014 and currently involves experts from 30 countries. In the first phase through 2017, IPNDV experts identified and developed concepts and procedures for the most important and complex element in the broader disarmament process – the monitoring and verification of the physical dismantlement of a nuclear weapon. The second phase until 2019 then focused on further developing these concepts and procedures for the entire nuclear weapons dismantlement lifecycle, and to test them in practice.

The nuclear disarmament verification (NuDiVe) exercise conducted at Forschungszentrum Jülich in September 2019 was the first comprehensive nuclear dismantlement exercise within IPNDV. In the third phase since 2020, IPNDV partners are building on current working methods and conducting further practical activities, including scenario-based discussions, hands-on exercises and technology demonstrations. In this context, the NuDiVe organizing team from Forschungszentrum Jülich, the University of Hamburg, the German Foreign Office, the French Ministry of Foreign Affairs and the French Ministry of Defense have developed the exercise further. During the NuDiVe22, 24 experts from the United States, France, and nine other non-nuclear-weapon states are taking on the roles of the inspection team, the inspected nuclear-weapon state and an evaluation team.

“The exercise is aimed at demonstrating that also non-nuclear-weapon states can take part in verifying nuclear disarmament without the disclosure of proliferation-sensitive or security-relevant information”, Jülich project leader Dr. Irmgard Niemeyer explains. Dr. Niemeyer, head of the division “Nuclear Safeguards and Security” at the Institute for Energy and Climate Research (IEK-6), has been one of three German experts nominated by the German Federal Foreign Office for IPDNV since 2015. Research work on nuclear verification, especially in the context of international safeguards, has a long tradition at Forschungszentrum Jülich.

The use of radiation sources during the disarmament exercise requires appropriate nuclear and radiation protection handling licenses, which are in place at the radiochemical laboratories of Forschungszentrum Jülich.

Watch a video about the event: 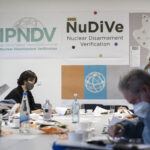 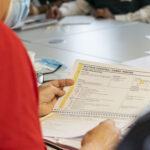 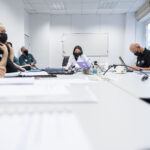 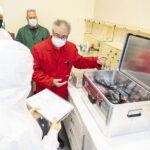 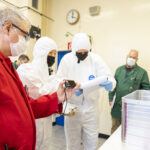 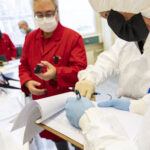 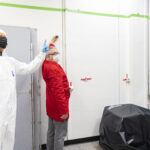 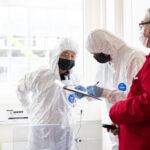 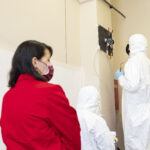 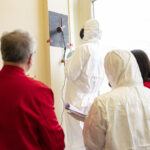 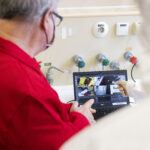 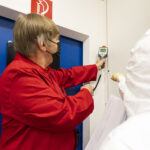 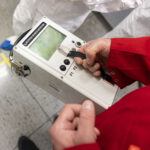 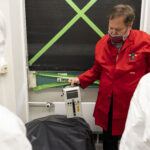 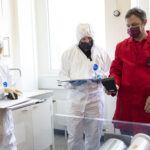 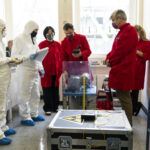 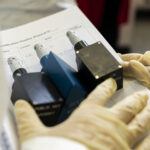 Verification is not as straightforward as it sounds. It is a system requiring a set of tools and multiple approaches, such as on-site inspections, satellite imagery, data collection, and remote monitoring.