Innovations in Nuclear Disarmament Verification: A Virtual Symposium of the IPNDV

For more than six years, the International Partnership for Nuclear Disarmament Verification has brought together technical and policy experts from more than 25 countries with and without nuclear weapons to address the complex challenges of nuclear disarmament verification. Partnership meetings, activities, and exercises have been designed to better understand concepts and approaches for verifying and monitoring nuclear disarmament, and to develop potential procedures and technologies to address challenges. So, what has been learned?

Senior leaders and IPNDV experts hosted a virtual symposium about the Partnership’s progress on nuclear disarmament verification, the role and limitations of technology, how it all fits in the broader context to further goals of the Nuclear Non-Proliferation Treaty, and more. The full agenda is available below. Click here to read a summary of the event.

Technology—An Enabler of Progress with Limitations

This event was a follow on from a planned in-person event scheduled for March 2020 that was ultimately canceled due to COVID-19. View a summary brochure of that event here, and view the poster submissions to the event, showcasing other nuclear disarmament verification work being done around the world. 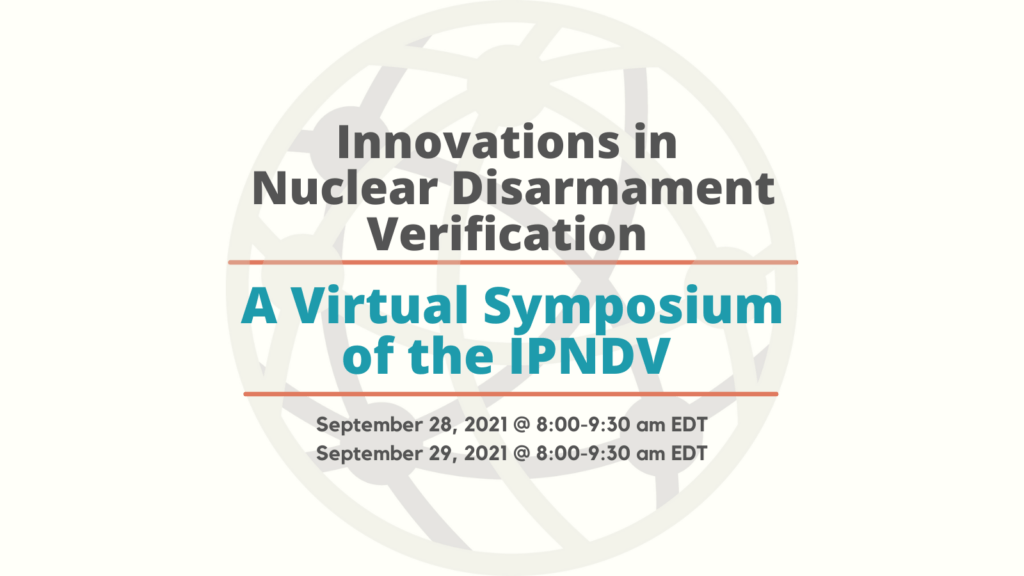 Support content produced for this symposium was provided by the Government of Canada.

The IPNDV has held sessions in Argentina, Germany, Japan, Norway, Switzerland, the UAE, and the United States.