Remarks on the International Partnership for Nuclear Disarmament Verification

In his remarks in Hiroshima this past May, President Obama spoke about how science, technology, and the human capacity for innovation have yielded life-saving discoveries. Those same developments have, sadly, “also give(n) us an unmatched capacity for destruction.” It is the destructive force of nuclear weapons that informs the President’s desire to reduce the role and number of nuclear weapons in a way that promotes international security and stability.

To support these efforts, in December 2014, Under Secretary of State for Arms Control and International Security, Rose Gottemoeller, announced that the U.S. government would establish an International Partnership for Nuclear Disarmament Verification (IPNDV) in cooperation with the Nuclear Threat Initiative (NTI). This first of its kind partnership pools technical expertise from Nuclear Weapon States and Non-nuclear Weapon States, creating a cooperative framework focused on building capacity among states in the field of nuclear disarmament verification. 27 states in total, plus the European Union, are participating in the IPNDV.

President Obama’s vision of a world without nuclear weapons is not one easily reached. Tackling verification challenges is just one component, but a critical component, of making progress in reducing the arsenals of nuclear armed countries. At the Peace Memorial in Hiroshima, President Obama spoke of creating the security conditions so that future generations will be spared the horrors of violent conflict and atomic warfare. To achieve this, it is essential that countries have the ability and the confidence to verify future arms control and disarmament agreements.

This is not new; effective verification is a key feature of any successful arms control agreement. However, the requirements for verification have and will continue to become more demanding as the numbers of weapons decrease and treaties become more complex. For example, the earliest bilateral U.S.-Soviet arms control treaties did not provide for any on-site inspection, let alone the type of intrusive inspection regimes seen today in the New START Treaty. Indeed, just fourteen lines of text in the New START Treaty are devoted to the central limits.

What gives the parties the confidence to meet those levels and what contributes to predictability and stability are all the processes and procedures that make up the more than 350 other pages of the Treaty. As the world draws down to lower numbers of nuclear weapons, it is very likely that future arms control treaties and agreements will need to provide for new and even more intrusive inspection provisions, including access to new types of facilities and new items subject to inspection, such as the nuclear warheads themselves.

So we need to understand the technical challenges we are sure to face in this endeavor. When looking for possible solutions, we know that the Nuclear Weapon States do not have a monopoly on good ideas. Non-nuclear Weapon States bring not only tremendous scientific and technical expertise, but also new ideas and enthusiasm. The Partnership brings together this collective expertise to better understand the challenges, develop possible solutions, and build confidence in the tools and technologies that will enable us to verify nuclear disarmament.

The United States sees this engagement as a long-term investment in building capacity and technical solutions towards nuclear disarmament.

It is in line with the goals of the Nuclear Nonproliferation Treaty (NPT) and the Action Plan from the 2010 NPT Review Conference. Let me stress that the Partnership is not fundamentally about policy; it is about understanding technical challenges and identifying possible solutions to the practical challenges associated with monitoring and verifying nuclear disarmament.

Solutions in this case involve more than just technology. Examining potential inspection procedures and protocols—hallmarks of today’s arms control treaties and agreements— and the requisite training to employ them – is another challenge that the Partnership is tasked with confronting.

We understand that not everyone shares the U.S. approach to disarmament. We just have a difference of opinion. We believe there are no short-cuts to reaching a world without nuclear weapons. We also believe that initiatives like the Partnership can help us solve the technical challenges associated with verification, the essential components of any meaningful bilateral or multilateral nuclear disarmament effort.

In doing so, we can make real and important progress toward our shared disarmament goals, free from the ebbs and flows of the political environment, while opening new lanes of multilateral cooperation to achieve those goals. With a force as destructive as nuclear weapons, all States have an interest to ensure that we have the right tools, technologies and procedures necessary to verify future reductions in nuclear arsenals and eventually their complete elimination.

This is why the work of the Partnership is so important. The IPNDV provides a forum for nuclear weapon states and non-nuclear weapons states that are serious about making tangible progress on disarmament to work together toward that common goal.

Now let me describe how the Partnership has organized itself to confront these technical challenges. A kickoff Plenary for the Partnership was held in Washington in March of 2015, where three Working Groups were proposed, along with a mandate to draft Terms of Reference for each, describing the missions, objectives and expected output of each group. Final Terms of Reference were agreed at the Oslo plenary meeting in November 2015, and the three groups were formally established.

These groups form the ‘backbone’ of the Partnership, so to speak. This is where the substantive work is being done.

The working groups began work in sessions held at Oslo and are working on the first, two-year phase of the project. The first working group, led by the Netherlands and the UK, is identifying and addressing the key monitoring and verification objectives for nuclear disarmament. The second, led by Australia and Poland, is reviewing the lessons learned from various on-site inspection regimes and determining what might be applicable to nuclear disarmament verification. The third group, led by the United States and Sweden, is examining technologies that could be used to support, monitor and verify future disarmament initiatives.

After the initial session in Oslo last November, a second meeting of all three groups was held in Geneva in February, where more than 80 experts from 20 countries participated. In between the sessions the groups continue their work remotely and, in the case of Working Group 3, an additional session was hosted by the European Commission’s Joint Research Centre in Italy in May.

The working groups are organizing their work around a hypothetical scenario involving the dismantlement of a notional nuclear weapon, including a few of the key steps involved. Their work is now focused on potential methods for verifying the process at each step. This scenario allows the three working groups to coordinate and better focus their efforts as they develop common understandings of the verification challenges and potential solutions for the scenario.

Working Group 1 is considering the verification objectives for the dismantlement phase of the nuclear weapons lifecycle, including the types of information and criteria needed to determine whether those objectives are being met, and the specific areas of expertise and resources required.

Working Group 3 has begun to discuss and identify solutions to the technical challenges related to nuclear warhead authentication, monitored storage of warheads and fissile components and the chain of custody monitoring required for the multi-step dismantlement process. In Geneva seven countries provided briefings on 13 technologies, and work commenced to identify specific technologies that might be effective for each of the steps in the scenario.

The groups are essentially aiming to answer questions like: how do we know this item presented for dismantlement is indeed a nuclear warhead, without revealing sensitive information? How can we be sure that an actual warhead – or components of a warhead – is not swapped out for a dummy when it is being stored or moved from one location to another?

At the third IPNDV Plenary this week in Tokyo, the Working Groups provided the Plenary with updates on their work and presented next steps toward completion of the specific deliverables laid out in the Terms of Reference document for each group.

Thanks to the hospitality of our Japanese hosts, the Working Groups also met individually and jointly during this past week to continue advancing their work.

In addition to the work of the Partners themselves, IPNDV’s success would also not be possible without the contribution of the Nuclear Threat Initiative (NTI). NTI is one of the most reputable nuclear think tanks in the world, and we simply could not execute our program of work without them. In addition to their technical expertise, they have also compiled a valuable, publicly available archive of the work that experts around the globe have published relating to the verification of nuclear weapons and materials, the web-based “Monitoring and Verification Resource Collection.”

I must also express our gratitude to Japan for graciously hosting the 3rd Plenary of IPNDV. The three day meeting ended yesterday and the hard work our hosts put in resulted in a very informative and highly successful meeting.

To conclude, I would like to emphasize that despite today’s difficult security environment, there is still important, practical work to be done to lay the foundation and create the conditions for further progress on nuclear disarmament. The U.S. support for the Partnership is a reflection of our commitment to the goal of a world without nuclear weapons – a goal that President Obama first outlined in Prague in 2009, and reaffirmed in Hiroshima this past May. Through a practical approach to nuclear disarmament, we have made real progress. We believe the IPNDV is key to facilitating the additional progress still to be made.

Nuclear weapon inventories did not appear overnight and they will not be erased overnight. The political obstacles to achieving further reductions are well documented. But in proceeding along a technical track, we can make real and important progress now and build international capacity to assist disarmament efforts in the future when the security conditions allow. The International Partnership for Nuclear Disarmament Verification can be a vehicle to accomplish that work. 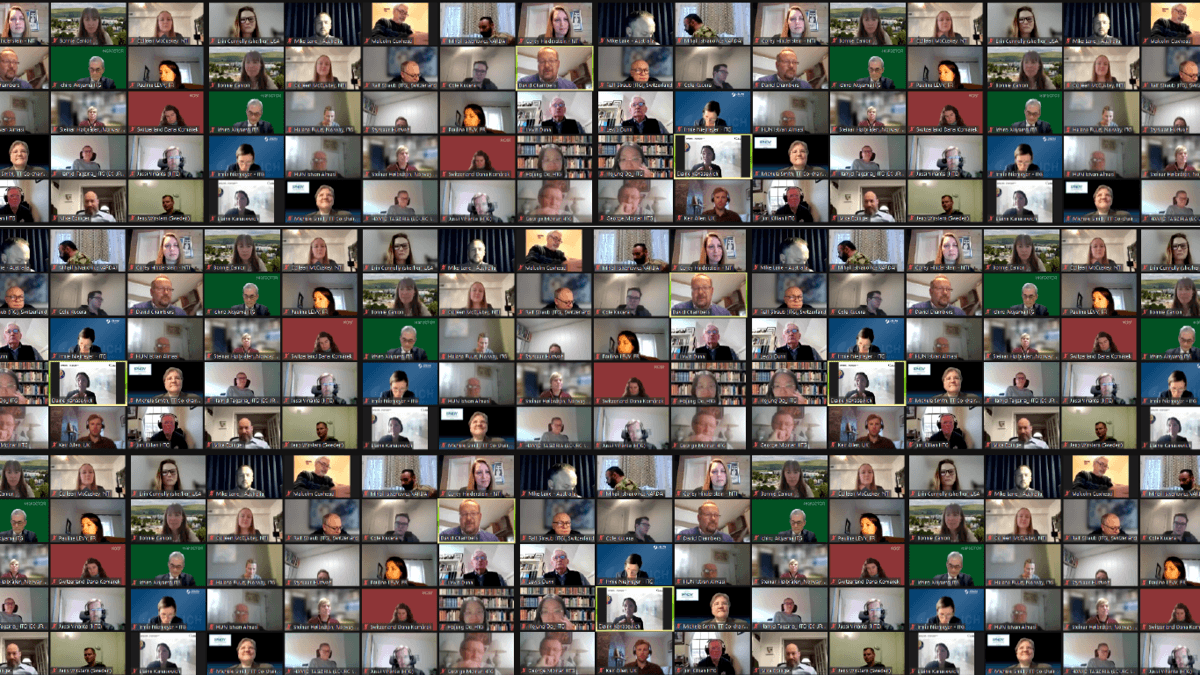